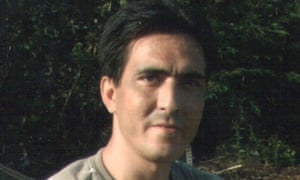 A watchdog has been criticised for failing to investigate whether disability hate crime played a part in the harassment and abuse suffered by a disabled refugee, who was repeatedly failed by police officers over seven years before being brutally murdered.

Bijan Ebrahimi, who was Iranian, repeatedly complained to Avon and Somerset police about victimisation by neighbours in Bristol, but was seen by officers as “a liar, a nuisance and an attention seeker”.

He made 73 phone calls reporting crimes such as racial abuse, criminal damage and death threats – including an arson attack in 2007 – but police failed to record a crime on at least 40 of those occasions.

Despite individual examples of good practice, there was a “consistent, systematic failure” by call handlers to record the crimes against him properly, identify him as a victim of race hate crime, and to treat him as a repeat victim, according to this week’s long-awaited report by the Independent Police Complaints Commission (IPCC).

He again repeatedly asked police officers for help and protection in the three days leading up to his murder, early on 14 July 2013, following an unprovoked attack and further threats.

But instead of providing protection, police officers arrested him – twice – and then refused his further appeals for help, after he told them he was being threatened by some of his neighbours.

Shortly after his final phone call to police, Ebrahimi was beaten and kicked to death, and his body set alight, by 24-year-old Lee James, who lived just a few doors away in Capgrave Crescent, Brislington, on the edge of Bristol.

But although Ebrahimi had a physical impairment and a mental health condition, there was no discussion of the disability-related elements of what he experienced in the IPCC report.

The commission failed to discuss the impact of his impairment, even though one of the terms of reference for the inquiry was to examine whether incidents were “considered or identified as race hate crime or disability hate crime and was the immediate police response appropriate”.

In 339 pages, there are just nine mentions of the words “disabled” or “disability”, and four of those are from repeating the terms of reference, while there was no discussion of whether he had been a victim of disability hate crime.

The commission concluded that Avon and Somerset police failed Ebrahimi “on a number of levels, over a number of years”, and instead of being seen as a repeat victim of crime, his complaints about neighbours were “disbelieved” and he was “considered to be a liar, a nuisance and an attention seeker” and seen as the perpetrator rather than the victim.

It found that he had been “treated consistently differently [by police officers] from his neighbours, to his detriment and without reasonable explanation” and that “some of the evidence has the hallmarks of what could be construed as racial bias, conscious or unconscious”.

Despite the IPCC refusal to consider the disability-related aspects of his experience, the case bears significant similarities to other high-profile disability hate crime murders, including the use by the murderer of unfounded allegations that his disabled victim was a paedophile to justify the attack.

Katharine Quarmby, a coordinator of the Disability Hate Crime Network and the author of Scapegoat, a pioneering investigation into disability hate crime, said the IPCC failure was “very disappointing”.

She said: “He was different in three ways: race, religion and disability, and to not understand how complex that is just seems so disappointing.

“People sweep it under the carpet because they don’t understand it.”

She said research showed that the more minority groups a disabled person is a part of, the more likely they are to be violently attacked.

And she said that Ebrahimi’s murder was part of the “grim pattern” of the false use of the “paedophile” label that is connected with many disability hate crimes, and is still not acknowledged by the authorities.

“Investigators were consequently led by this evidence and race hate crime became the prevalent line of enquiry.”

She added: “Our investigations are led by the evidence gathered. We found no evidence of disability being a factor in how Mr Ebrahimi was treated by the police.”

But Quarmby said: “’Whilst the IPCC is to be applauded for its forensic examination of race as a motivating factor both for the attacks on Mr Ebrahimi and the lack of police action thereafter, it shows little understanding of the motivators around disability.

“If disability as a factor has not been investigated by police, scrutinised by the CPS or then examined as a possible factor by the IPCC, it is not surprising that there is no evidence.

“There rarely is evidence of a crime if you do not look for it.”

James pleaded guilty to murdering Ebrahimi and was sentenced to life in prison, but was given a minimum sentence of just 18 years. Steven Norley, his accomplice, was jailed for four years after pleading guilty to assisting an offender.

In late 2013, the attorney general dismissed calls from the Disability Hate Crime Network to ask the courts to increase the sentence handed to James, on the grounds that it was a disability hate crime.

Soon afterwards, the network raised concerns that IPCC appeared to be ignoring the disability-related elements of the events that led to Ebrahimi’s murder, despite clear parallels with other notorious disability hate crimes.

In December 2015, a police constable and police community support officer were convicted of misconduct in public office and two other officers were acquitted. All four were later dismissed for gross misconduct, while four others received written warnings.

Chief constable Andy Marsh, of Avon and Somerset police, said the force had failed Ebrahimi “in his hour of need and I am unreservedly sorry for the pain his family have suffered in the last four years”.

He said the force had “made many changes since Mr Ebrahimi’s murder in response to the things we learnt and identified to be in need of change.

“Taken together these changes have transformed the way we operate, and we will do all in our power to prevent a repeat of the circumstances surrounding Mr Ebrahimi’s death.

“Spotting vulnerability early, understanding and embracing difference and closer joint working with our partners to achieve shared solutions to complex problems are at the heart of these changes.”

In a statement, Bijan Ebrahimi’s family said: “The IPCC’s report speaks to the institutional racism that lies at the heart of Bijan’s murder and immolation.

“Had the authorities not colluded in the race hate crime that Bijan suffered in his council flat over all those years, he would be alive today.

“Avon and Somerset Constabulary has taken responsibility for its racial discrimination against Bijan and for failing to protect his life.

“Bristol City Council must now do the same if justice is to be done.”

A multi-agency review, commissioned by the Safer Bristol Partnership – which includes the police force and the city council – is likely to be published within the next few weeks.