“A while ago I sent Stephen Timms MP an email regarding his comments not backing the Doctors vote to scrap the Atos WCA, below is my email and Mr.Timms reply.”

“As you can see he failed to answer a large percentage of my questions but I never the less had to try?”

Your recent comments about the Atos WCA are astounding and rather frightening in light of the fact that it was the Labour Party who introduced this process in the first place, your dismissal of the recent vote by Scottish and British GPs to scrap the Atos WCA with immediate effect was not surprising but shocking never the less. 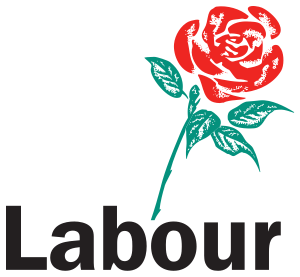 You were of the opinion that it was better to reform the assessment process rather than scrap it, it seems very clear to all but the politicians that this system is unsafe and not fit for purpose, why can’t you and your colleagues see that?

Is the suffering and abuse caused by this process a worthwhile cost, a cost might I remind you that you and your political friends forced onto some of the most vulnerable people in society, or are you one of those politicians who believe the media driven spin that labels the disabled and sick as “Scroungers & Malingerer’s”?

The assessment process has been in place for years, in all that time it has not improved in fact it has deteriorated to such an extent that people are dying at an alarming rate due to the actual assessment process, the”Daily Mirror” exposed the amount dying each week in aFOI Request, are you aware of the number of people dying per week who are put through this process needlessly?

You have also stated that there are “Clear Proposals” in place for people suffering with Mental Health/Fluctuating Conditions in place which the government haven’t adopted, what may I ask are those proposals Mr.Timms?

Please correct me If I’m wrong in the assumption that you think it would be too costly to scrap the assessment process due to cost? The amount of tribunals and appeals that are taking place is increasing each month, the cost to the taxpayer this year will be £100 million pounds just to pay for this let alone the cost of the initial contract with Atos, please tell me how this is money well spent?

I have been campaigning for years in regard to the Atos WCA Process, right from the start it proved to be a complete failure, the downright incompetence of Atos and the DWP was clear for all but the politicians to see, the involvement from private insurance companies such as “Unum” was also a huge concern yet the Labour party has continuously tried to deny that connection, yet the evidence is clear for all to see, do you think it’s both ethical and moral to use the services of a private company to help design the assessment process who in the United States and in some European countries were branded as “Disability Deniers”, were banned from conducting business in several states and ended up paying out millions of dollars in compensation for fraudulently denying payments to disabled people, do you Mr.Timms think that’s OK?

In regard to Unum, surely a conflict of interests exist, why have all the political parties tried to dismiss campaigners over this important issue?

“John Garamendi, stated that, “Unum Provident is an outlaw company. It is a company that has operated in an illegal fashion for years”. By 2007, the American Association for Justice identified Unum Provident as, “The second worst insurance company in the US”, (with that including all types of insurance companies, not just Income protection), and the company was fined over $36 million dollars for this and ordered to pay out $100’s of millions in compensation. They were even, until 2008, banned from carrying out business in over 13 US states,”

“The Scandal of the DWP Advisors”

I receive hundreds of emails per week from people who are dying from a terminal disease, who are bed bound and cannot leave their homes, these people are having benefits denied to them because of this assessment process, a process that you say just needs “Reforming”, how much longer are people expected to wait until they can trust that those assessing them will do so in a fair and just way?

For years there has been a perfectly good system in place for the DWP to determine peoples health and ability to work, peoples own GPs and hospital consultants are the experts, the argument that peoples own GPs cannot be trusted to give decent or impartial advice is a misnomer from the start, my GP has no financial incentives or motive to get me a benefit if I’m not entitled to it, whereas those employed by Atos are most definitely incentavised in some way, maybe not financially but in performance related issues that Atos obviously sets.

Another issue which I’ve raised with one of your colleagues who has been campaigning on the Atos issue is the “Recording of Assessments”, through FOI Requests I’ve found out that Atos only have 11 Audio Recording devices for the entire 141 assessment centres throughout the country, surely this is not satisfactory, the other major concern is that the DWP/Atos still refuse to let all claimants know they have the right to have their assessment recorded, the government are doing all they can to deny claimants the safety net of an Audio Recording, the government will tell you that during it’s pilot study people didn’t want assessments recorded, that’s a complete load of tosh as far as the majority of people who have to face an assessment, the people who contact me say that what an Atos HCP say’s to you during an assessment never matches up to what’s actually said in a report, the amount of fraudulently composed reports is vast and is destroying peoples lives.

If the political elite who run this country don’t do something soon to stop the annihilation of a vulnerable group of society, future generations will ask why was this Genocide allowed to happen, stop pandering to the likes of the “Daily Mail” who peddle lies about people on benefits, we dont all have 42″ TVs, cars in the drive or watch Jeremy Kyle TV in the mornings, the vast majority of us are just trying to exist, take away dignity and hope and we have nothing left.

I look forward to your reply.

Thanks for your email.

I don’t think the work capability assessment should be scrapped entirely. You’re right that Labour introduced employment and support allowance as a successor to incapacity benefit. That is because we saw that incapacity benefit wasn’t giving disabled people support to get back into work, ortostay close to the jobs market if they might be able to work in the future. But, whatever the benefit is, there has to be some process for deciding who is entitled to it.  So calling for scrapping the WCA – without saying what should be in its place – doesn’t get us very far.

The assessment needs to changedrastically to stop the large number of wrong decisions, decisions which harshly affect people’s lives, that we are currently seeing. Following the second review of the assessment by Professor Malcolm Harrington, two groups of charities were asked to look at the way that people with fluctuating conditions and mental health conditions are assessed. They have now both reported. They want the descriptors – the points the test gives you based on what you can and can’t do – to change so that they take better account of what a person might be able to do on a good day or a bad day, rather than just on the day of the assessment.  I will send you in a separate email the two sets of recommended changes.

There is also a lot of work that needs to be done simply to make sure that the rules are followed and better decisions are made. People with terminal illnesses, for example, or people who are entirely bed-bound, should not be refused ESA. The point you raise about the recording of assessments is something that I have been looking into – I wasn’t aware that there were so few recording machines available, and will ask about this and try to push for change (if you can provide a link to any evidence that would be welcome).

I certainly don’t believe that disabled people are malingerers or scroungers –the rhetoric that this Government uses, in particular when briefing the media about the incapacity benefit reassessment, is deeply disturbing. Disabled people deserve support that reflects their needs, and they deserve better than the work capability assessment is currently giving them. It needs reform.