Three people have been jailed for life for murdering a woman with learning disabilities in Warwickshire who was beaten and forced to drink urine.

The body of 27-year-old Gemma Hayter was discovered by a jogger at a disused railway line in Rugby on 9 August 2010.

Daniel Newstead, Chantelle Franklyn Booth and Joe Boyer, all of Little Pennington Street, were convicted of murder and given life sentences.

Lady Justice Rafferty, at the Old Bailey, said it was a “vile” murder.

Justice Rafferty ordered Booth to serve at least 21 years in jail while Newstead, 20, was ordered to serve a minimum of 20 years in prison.

Two other people – Jessica Lynas, also of Little Pennington Street, and Duncan Edwards, of Ashwood Court – were sentenced to 13 and 15 years after previously being convicted of manslaughter.

In a statement read out in court, Miss Hayter’s mother Sue Prince said she pitied her daughter’s killers.

She said: “To have your child murdered by one person is horrific, but five people?” 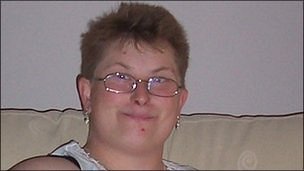 Miss Hayter was killed by someone she considered to be her best friend, the judge said

“Five who did not try and stop it happening? Five and not one of them reported it? I still do not understand how young people such as this could do such a thing and they have shown no remorse whatsoever.”

Ms Prince added: “I loved Gemma very much and miss her every day. I fought for nearly all her life to get her diagnosed and get her looked after when she reached adulthood.”

She added: “I do not hate the five, I am not sure what I feel towards them, pity I think is the first thing that comes to mind. Such sad, wasted young lives.”

Lady Justice Rafferty said the “vile” torture and murder of Miss Hayter was a “chronicle of heartlessness”.

“It is difficult to find the words to express how vile your behaviour was in August 2010,” she said.

The judge told how Edwards and Boyer urinated into a can of lager which they forced Miss Hayter to drink.

“She was locked into a lavatory. She called out again and again for her mobile telephone, which was put down another lavatory to protect you by ensuring she could not get help,” Justice Rafferty said.

“I struggle to see how much lower you could have sunk,” she added. 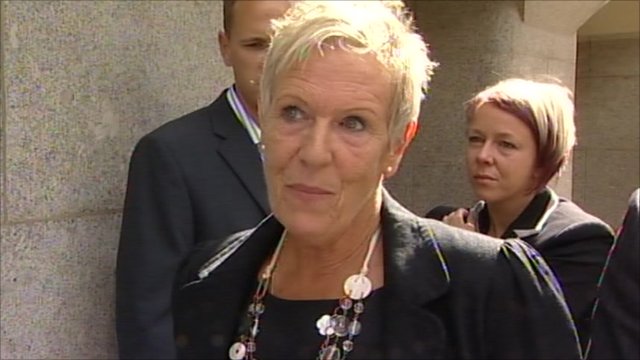 Gemma Hayter’s family: “This will never bring her back, but has brought us some closure”

The beatings in the flat had been so severe a pathologist remarked it had broken Miss Hayter’s nose.

“She had to be taken out of the flat, cleaned up so that attention would not be drawn to her en route. She tagged along, battered, in pain, and unsuspecting, like a faithful loving dog, as you walked her to her death,” the judge said.

Justice Rafferty said she had been unable to watch all of the CCTV footage of Miss Hayter’s final journey because it was so upsetting.

When they reached a secluded area, the abuse began again.

Miss Hayter was cut with a knife, kicked and forced to wear a plastic bag over her head.

“When she screamed, struggled and shed it, you replaced it. She choked to death on her own blood because of what, there and in the flat, you had done to her,” the judge said.

She said: “One final indignity was to come – you stripped her naked and left her body where you had dragged it. Gemma Hayter died alone.”

Justice Rafferty singled Booth out as a “nasty piece of work”, whom Miss Hayter had described as her best friend.

The judge said: “Over the years you treated Gemma Hayter like a toy to be picked up and put down, dependent, I suspect, on whether there were a gap in your miserable life which she could fill.” 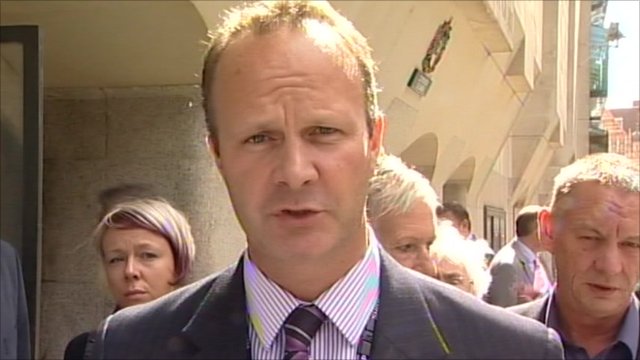 Ch Insp James Essex: “I am satisfied that those people have received suitable sentences”

Outside court, Ms Prince, said the family were “satisfied” with the sentences given.

She said: “This will give them plenty of time to reflect on their dreadful actions in August last year when they took my daughter from me.

“This will never bring her back, but has brought us some closure, thank you to everyone that has shown us support.”

Det Ch Insp James Essex, of Warwickshire Police, said: “Gemma Hayter was a vulnerable young woman who was brutally killed at the hands of five people who she considered to be her friends.”

He praised his officers for working “tirelessly” throughout the investigation.