Kathy Mohan didn’t know Theresa May was coming to her home town of Abingdon on Monday, but when she saw the prime minister walking around the town centre canvassing for votes, she decided she had to make herself heard.

Mohan, who has struggled with her mental health and has a borderline personality disorder as well as mild learning difficulties, told the Conservative leader that she was struggling to cope after having her disability benefits cut. 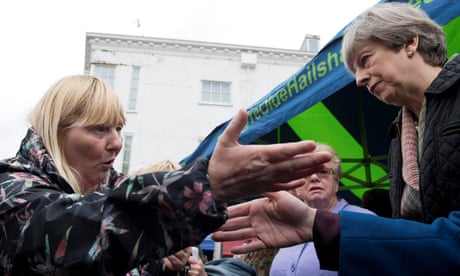 “When I saw her she didn’t want to talk to anyone who wasn’t up her street,” she told the Guardian. “But I got in there, I wanted to have my say. I just came out with it. I said I have learning disabilities and I want to stick up for other people. I’ve seen what people are going through, I know that people are killing themselves.”

She did not expect to become an overnight champion of disabled people, many of whom have seen their support slashed since the Tories replaced the disabled living allowance (DLA) with the highly controversial personal independence payment (PIP).

The changes that affected Mohan introduced external assessment of disability claimants rather than self-assessment and introduced more stringent eligibility criteria. Speaking alongside her former carer and friend Debbie Owen-Lovegrove in Oxfordshire on Tuesday, Mohan said she had the PIP assessment in February, which was far shorter than the hour’s allotted time. Soon after she was told she was entitled to “a lot less” than under the previous system.

“I was angry, I cried,” she said. “I cried because I can’t cope with everyday life. I phoned them up and said I haven’t changed. I’m still the same person as I was on the DLA, but they don’t want to understand what is wrong with you.”

She added: “When I’m doing something I’m ok, but if I’m not I get bad thoughts. I couldn’t tell Theresa May that because she wouldn’t understand.”

“It’s like I’ve got no life, I feel lost. I can’t go anywhere. I’ve got no money,” she added. “I’ve used the food bank, I’ve never done that before in my life.”

Owen-Lovegrove, a personal assistant for people with care needs, said Mohan needed help to manage her finances and with shopping, socialising and cooking. “Kathy has complex needs, she has good days and bad,” she said. After a protracted battle with social services her case was picked up by Pam Bradshaw, a senior social work practice manager, who went “above and beyond for Kathy”, Owen-Lovegrove said. 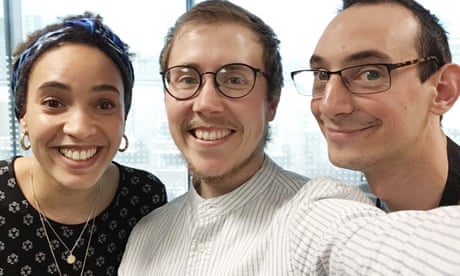 Mohan got funding for help four years ago, which provided a carer for six hours a week. But she has not had a carer because of provider shortages after several agencies closed since Owen-Lovegrove resigned in December, despite the carer giving four months’ notice.

“If I’d have known Kathy would be without a carer for this long, I would never have left her,” she said. Now she provides unpaid support for Mohan “sometimes weekly, sometimes daily”, including by phone.

She said Mohan was just one of several clients whose worlds have been turned upside down after the assessment. “I’ve supported seven people through this now and the effect on them has been absolutely devastating,” she said. “It has caused them unnecessary stress and anxiety and for people with physical disabilities it has often made their condition worse.”

Mohan used to save an hour a week from her care allowance to have one day out a month. Now, she says, she has nothing to look forward to. “It makes me cry a lot, the money I get doesn’t last me a week,” she said. “I get left behind. Please let someone know I am suffering – and it’s getting worse.”

Mohan’s experience echoes some analyses of changes to the British welfare system. In November a UN inquiry said the reforms had led to “grave and systematic violations” of disabled people’s rights. The UN committee on the rights of persons with disabilities (CRPD) said changes to benefits disproportionately affected disabled people, while the government accused it of having “an offensive” view of disability.

Figures from the Department for Work and Pensions (DWP) suggest that 450,000 people will no longer be able to claim disability benefit by 2018.

Mohan, 53, lives on her own in a housing association flat. “I’m scared of life, I try and be brave but I’m getting old. I’m frightened, I’m scared to be on my own some days,” she said. “I have to fend for myself all the time and I’m sick of it, I don’t feel like I can do it any more.”

When a friend of Mohan’s heard May was in Abingdon, he wanted to go and buy eggs to throw at her. But Mohan says she wouldn’t do something like that, she wouldn’t want to give the town a bad name; she just wanted someone to listen.

But she is not hopeful. “I don’t think she’s going to listen,” she said. “I was begging her in the end.”

In the street on Monday, Mohan told May she was not just speaking for herself but everyone with mental health and learning disabilities, saying that the “fat cats” got everything while they were left with nothing.

She had a further message for the would-be prime minister: “Please help me and people like me and don’t put us under the carpet and forget us just because we aren’t as comfy as you.”