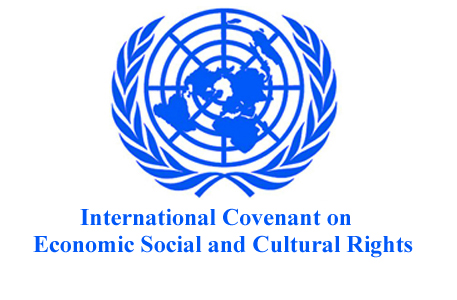 The UK government is set to face a grilling from UN experts next week over its alleged breaches of international obligations on disabled people’s human rights.

The government will be examined on Wednesday and Thursday (15 and 16 June) by the UN committee on economic, social and cultural rights on its record on issues such as social security, employment, housing, health and education.

The discussions will take place in public, in Geneva, Switzerland, with the committee’s findings likely to be published the following week.

A list of issues published by the committee – one of 10 bodies that monitor the implementation of the UN’s main human rights treaties – shows that among its concerns is the steps the government has taken to ensure that “austerity measures” introduced through the 2012 Welfare Reform Act do not “disproportionately affect” the rights of “disadvantaged and marginalized individuals and groups”, including disabled people.

The committee’s list also raises concerns about the government’s decision to lower the benefits cap and freeze working-age benefits, and its efforts to address the housing crisis.

It also asks what the UK has done to reduce poverty among “the most marginalized and disadvantaged individuals and groups”, and questions “the reliance on emergency food aid from food banks”.

The UK is one of seven countries – including Macedonia, Angola and France – that will be examined by the committee this month, as part of a programme of regular reviews of countries that have ratified the International Covenant on Economic, Social and Cultural Rights (ICESCR).

The UK ratified the human rights treaty in 1976 and was last reviewed over its progress on implementation in 2009.

The Just Fair human rights consortium – whose members include Disabled People Against Cuts, Inclusion London and Disability Rights UK – has submitted an updated report to the committee in the last few weeks, with evidence across the treaty areas, including employment, social security, access to justice, housing and the right to an adequate standard of living.

The consortium highlights the need to focus on the UK government’s social security reforms because of evidence that they have “had a retrogressive impact” on many of the rights in the treaty, particularly for disabled people and children, which “cannot be justified by reasons of economic necessity”.

In its own updated submission to the committee, the Equality and Human Rights Commission (EHRC) suggests that the government’s social security reforms have breached the treaty, while some of them “have had a disproportionate impact on disabled people, women and children”.

It also suggests that the government should do more to consider the impact of policy and legislation on potentially vulnerable groups, while it should also conduct “cumulative impact assessments” of its overall reforms, an action the government has repeatedly refused to carry out.

Among particular concerns, EHRC highlights the move to universal credit, which will see the abolition of the severe disability premium; a 50 per cent cut in financial support to families with a disabled child who receive disability living allowance, affecting around 100,000 disabled children; and cuts of about £40 a week to payments to disabled people in work.

A member of the commission’s treaty monitoring team will be attending the public examination of the UK government.

In its submission to the committee, the disabled women’s collective Sisters of Frida (SoF) warns that the closure of the Independent Living Fund has “put seriously in peril the ability of a large number of disabled people with high support needs to live independently in their own homes and communities”.

It says that the government’s housing policies mean that disabled people are being forced to live in segregated institutions.

Sisters of Frida also highlights the government’s unpopular reforms of the Access to Work scheme; planned cuts of £30 a week to new claimants in the work-related activity group of employment and support allowance; and the barriers faced by disabled women who have experienced domestic violence.

Eleanor Lisney, who wrote the submission with fellow steering group member Armineh Soorenian, said SoF felt it was important for disabled people in the UK to contribute to as many UN human rights mechanisms as possible, because of the government’s attacks on disability rights.

She said: “I think it’s important to raise issues everywhere we can. It’s very much a drip-drip effect; the more we go on about it, the more it accumulates and they can’t just [dismiss it because] it is one report.”

She said she hoped their efforts would pay off when the committee delivers its conclusions at the end of this month, and added: “I hope the UK government gets more than its knuckles rapped.”

Sisters of Frida was asked to put the report together at short notice by the International Disability Alliance.

Lisney is one of 30 international disabled women’s rights leaders who will visit Geneva next month for a convention organised by the disability organisation Women Enabled International for training on how to use the various UN human rights mechanisms – like ICESCR and the UN Convention on the Rights of Persons with Disabilities – to advance the rights of disabled women and girls.

The week-long event will also aim to develop a network of women’s disability rights advocates and allies “who can work together when opportunities arise to shape policy in international bodies advancing the rights of women and girls with disabilities”.