Link to video: A day on the anti-fracking frontline in Balcombe 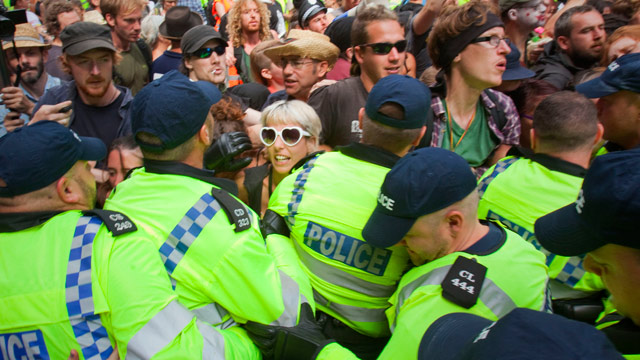 “We want an energy policy devoted to the needs of people, not the needs of corporations. Fracking is all about profits.”