The overarching Leveson inquiry lasted 16 months and took evidence from 474 people. But journalist Katharine Quarmby tells Channel 4 News that it ignored the views of one major group. 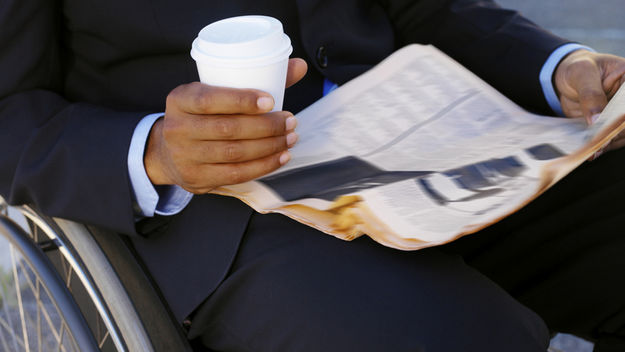 But despite much campaigning, one group which is clearly victimised by some sections of the press – disabled people – did not get the chance to give oral evidence.

Submissions on disability from members of the public to the inquiry outnumbered those from any other equality strand, such as transgender, migrants and refugees, (except that of women).

Four women’s groups, one transgender group and one refugee group gave oral evidence, but disabled people were barred from doing so.

This was despite the fact that unlike any other group (except, perhaps, gypsies and travellers), they have been the target since the coalition came to power of what I would term an orchestrated witch-hunt by certain sectors of the media.

Leveson could have exposed a very modern witch-hunt: politicians, happy to demonise vulnerable British citizens for political advantage. And their aides who whisper dangerous misleading statistics to favoured journalists.

Two newspapers – The Sun and the Express – even run popular campaigns against “scrounging”, in which they encourage the public to denounce people they judge to be disability benefit fraudsters.

This has had an effect on disabled people in Britain – one such, Peter Greener, who has MS, was harassed for three months by his neighbour, who called him a scrounger because he can sometimes walk.

He considered committing suicide, such was his despair. He’s not an isolated case either – disabled people regularly speak of their everyday experiences, of being harassed as ‘skivers’, “scroungers” and “fakers” on the street if they dare to be out and about.

This is not surprising: the media campaign against them has been hugely successful. Focus group research by Glasgow Media Group confirms that the general public believes that 50 to 70 per cent of those on disability benefits are fraudulent (they also found that there has been a tripling in the use of words such as “scrounger” in the last five years in media reports).

Those false statistics (the real figure for disability benefit fraud, from the government itself, demonstrates that is under 1 per cent) are peddled, it appears, by some in government.

Leveson could have exposed the triangulation of a very modern witch-hunt: politicians, happy to demonise vulnerable British citizens for political advantage. And their aides who whisper misleading and dangerous statistics to the third group – favoured journalists.

But instead he displayed the nervousness around disability that so characterises the elite – he didn’t understand the politics of it so instead he just glossed over the problem, eventually accepting written evidence on media reporting of disability from a few chosen organisations and individuals.

I’m glad that our evidence was finally accepted, but Leveson missed an opportunity in oral hearings to expose the nexus of power that can be used, with devastating effect, to demonise one group.

This would have benefited other groups as well and enabled targeted groups, rather than individuals to hold government and the press to account.

So while I’m delighted with the forensic approach taken to skewer both politicians and journalists involved in the dark arts of media management and victimisation of individuals and applaud Leveson for it, I would have liked him to go further. Katharine Quarmby won the AMIA Literature award 2011 for her book Scapegoat: why we are failing disabled people and was a finalist in the Paul Foot Awards 2011 for her journalism on disability and the media