‘It’s not a test! Not about ‘passing’ or failing!!’ disclaim Dr Gunnyeon and Mr Grayling – then the latter forgets and refers to it as one   (*wink*):

“The final test for DLA has not been designed – I have used the word test – (Oops!) the final assessment for DLA…” 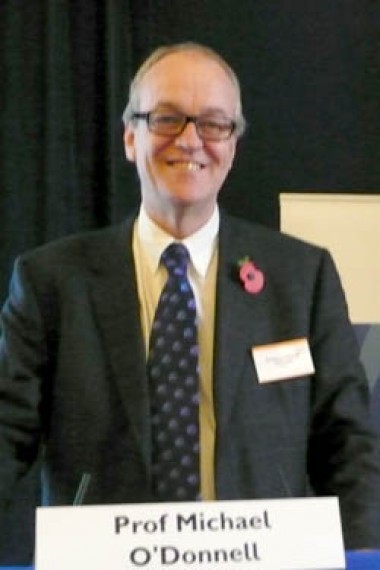 No real surprise that he is a peddler of the ‘Work Is Good For You’ propaganda (or, as The Black Triangle Campaign prefers, ‘Arbeit Macht Frei’). Well, it does pretty much amount to the same thing, wouldn’t you say, when it’s applied in a hegemonic way, and particularly towards those who are weakened by sickness or disability?

Theories: Well I already quoted Mr O’Donnell suggesting that when people are suffering from stress their GPs should (correct me if I’m wrong) not validate this or offer understanding, but rather put the responsibility for dealing with this square on the shoulders of the patient. Interesting idea that an already stressed out person should have inner resources to draw upon for this but, hey, I’m not an expert like  Mr O’Donnell.

So what is his expertise? Dunno! (As that rather fabulous ‘social entrepreneur‘, ‘Dr’ Emma Harrison CBE of A4e fame would say. D’you think I’m a sort of genius or something?!  As she did in fact say at this exact point in the ‘Benefit Busters’ series.

This is my first find. It’s from 2005, produced by the Health & Safety Executive from a ‘Review of Health Models‘ Workshop. O’Donnell was halfway through his stint as CMO at UnimProvident at the time.

Aylward and Waddell collaborated on a government publication: “The scientific and conceptual basis of incapacity benefits” in 2005 (While the department was in the early stages of funding by Unum) and a previous book in 2002, “Back Pain, Incapacity for Work and Social Security Benefits: An International Literature Review and Analysis.” And secondly, the now almost notorious Mr Simon Wessely (Google him and ME/CFS and prepare to be appalled).

“Mike O’Donnell called for a new way of looking at health. He pointed out that many of the risk factors for back pain and work stress were similar, and could be said to be part of everyday life. Denying people the opportunity to stretch themselves by avoiding any stress could be harmful – overcoming obstacles gives us a sense of achievement, and should be seen as a natural and positive part of life. He expressed concern that undue concentration on work as a health hazard may implant harmful beliefs and lead to unhelpful behaviours.”

The intention seems to be to pull ‘back pain’ away from being a concept that connects it to a physical (and therefore in most people’s eyes legitimate) source to situate it alongside ‘work stress’, which has closer connotations to an emotional/mental imbalance.

The concept of stress itself receives a reconfiguring, transforming it into a positive factor, ‘positivising’ it so that the encountering of it becomes now an ‘opportunity’ to ‘overcome obstacles’ and therefore experience the thrill of achievement.

The last sentence is sinister to my mind – ‘undue’, ‘harmful’ and ‘unhelpful’ applied to the notion that work can be a ‘health hazard’, which quite evidently it can. Heavy ideological stuff going on there.

Second find, this from the Unum website: “Sickness absence falls for third year in a row”.

Good news, one would think.

But not enough, as it seems the ill-health of workers is still a “major headache for employers”.  This might have been a cue for employers to examine pay and conditions of their workers to ensure that work was not in actuality contributing a negative effect.

Sadly, our ‘Work Is Good’ ideologues would rather ignore the illness and focus on ways of keeping people at work, regardless.

One means for this has been the introduction of the ‘fit note’ whose potential for reducing sickness absence, Mr O’Donnell states:

”can help reduce the duration of absence for people recovering from treatments or operations.  Doctors may previously have been overcautious in advising return to work when the only option they had was to declare full fitness.”

Curse their perpetual inability to assess a person’s capability for work!!

Apparently their medical short-sightedness traps them within a binary system which can only conceive of their patients as either sick or well…and  until it is pointed out to them they will be unable to perceive their patients health as lying somewhere on a continuum between the two poles, or be able to take into account whether this patient or another would be better off recuperating longer or re-entering the workplace.

Its rather patronising really, isn’t it?

Suggests your average GP is not very bright in that respect!

Recommendations from the HSE document turn on a quote from Mr O’Donnell,  and reveal a deliberate intent to ‘reframe’ how people regard illness, to introduce a ‘New Model Of Health‘, and remember, this influence is not from an impartial health professional, but the employee of a discredited Insurance Company: and subsequently of the private company now processing health benefit claims for the DWP:

Framing Health Messages – ‘From the evidence presented, we can conclude that LIFE is hazardous!’ (Mike O’Donnell)

Health messages should be framed carefully and appropriately and the positive benefits of work should be promoted…. We need to take a balanced approach to the relative risks and benefits…

The basic message underpinning the biopsychosocial approach is that understanding and management of common health problems must take account of the individual, their health problem, and the context in which they live and work.

In order for this message to be successful a need exists to identify what aspects of a job or workplace make it ‘healthy’.

Although that all sounds fairly reasonable, when they talk of balance what they mean is there has been a gradual but persistent trend of raising consciousness about the adverse effects of modern working practices.

People have been falling sick in droves due to such factors as intensification of work, unhealthy unsociable hours, and having succumbed to pressure to sign away their right to not have to work an excessively long working week.

The employers are now suffering (as well they should) in terms of profits and productivity as they finally face the consequences of all this.

So it is possible to see this intent to ‘reframe work’ as a form of backlash against gains made by workers in having their work conditions acknowledged.

Now work must be conceptualised as the ‘saviour’ of the working man, it’s healthful properties promoted by ivory tower ‘experts’ who haven’t the vaguest idea of what a hard day’s work entails for most people.

“Stress is a poor term that misses the point. Instead of giving out a sicknote, GP’s should say, “what are you going to do about it?”

Well, this man seems central to our new health ideology, embedded, as his theories are, within the “Work Will Set You Free” philosophy which underpins contemporary social policy.