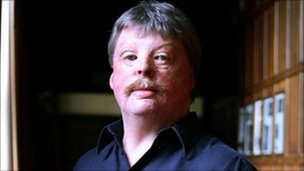 Mr Weston was speaking to 250 people, many of them youngsters, at the event organised by Women’s Voice Exchange in Blackburn Cathedral.

He said people need to stand up to those who “attack innocent, vulnerable people who have done absolutely nothing wrong to anybody”.

Aggressors are “thugs, louts and scumbags,” he added.

“There have been news reports of people taking their own lives because they have been victimised, bullied, harassed or terrorised by groups of youths and it has been ignored by adults in the community.”

Mr Weston was clear where the responsibility lies in cases where abuse has been ignored: “The adults are as guilty as the victimisers because we can no longer turn a blind eye to minorities in our community being picked upon.”

He said to do nothing meant more people will be targeted.

Mr Weston suggested the authorities need help in coping with these crimes.

“We have got to stop expecting the police to do everything. They have a huge role to play but they can’t do it all on their own. Most crimes are solved because the public help the police. We need to support them.”

In a report published earlier this year in Lancashire, Supt Stuart Noble, chair of the Safer Lancashire Board’s Hate Crime Group, said: “Hate crime is something we just won’t tolerate and we want to work together to tackle it.

“We’re also looking at the reporting process to ensure it is accessible. We now have a better understanding of the issues that deaf and disabled people face because of hate crime and we are looking forward to working with our partners on this important project.”

Nationally, the mental health charity Mencap have launched a three year campaign against hate crime and said there was a “general lack of police understanding of disability hate crime”.

Mr Weston believes it is vital to work together. “Nobody is asking you to go running out with a billy club to sort people out. It’s not about that. It’s about getting together and making hate crime sociably unacceptable.

“The more you isolate these people, the more you prove to them that this behaviour is wrong.”

He wants immediate action. “We can’t keep having this chaotic situation in our society where people expect other people to do it for them. Either you want to take charge of your own destiny and your own society or you don’t.

“But if you don’t, don’t complain when it all goes horribly wrong. It’s not just down to the police. Stop looking for someone else to cure your problems.”

Joe Wilson presents the faith programme on BBC Radio Lancashire from 06:00 each Sunday.