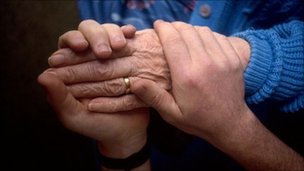 Thousands of terminally-ill people have begun receiving letters warning them their benefits could be cut in April even though Parliament has yet to approve the changes.

Under proposals being scrutinised in the Lords, Contributory Employment Support Allowance (CESA) will be time-limited to 12 months from April 2012.

The changes will be retrospective.

So people on CESA for 12 months or more when the rule comes into force will have their benefit cut immediately.

Earlier this week, delegates at the Liberal Democrat conference in Birmingham passed a motion calling on their MPs to oppose the “arbitrary” time limit, contained in the Welfare Bill, and the plans are likely to face stiff opposition in the Lords.

Neil Coyle, of the Disability Alliance, said that while it is uncertain whether the rule will be passed, it is premature for the Department for Work and Pensions to warn recipients of the changes.

“The letters are now being sent at a cost of £2.7m, including letters to people who unaffected by the change but who will experience considerable anxiety,” he said.

“The government has time to change plans before terminally-ill people and their families have this avoidable and quite nasty cut imposed.”

The Department of Work and Pensions admits it is conceivable the legislation may not be approved but says it is better to warn people early.

“It would be completely wrong not to alert people well in advance that there is a possibility that their benefit entitlement may change,” a spokesman said.

Jenny Willott, Lib Dem backbench spokesman on welfare, says it is a “no-win situation for the DWP”.

“If they don’t pre-judge the situation they could end up with thousands of people losing their benefits with little notice,” she said.

Ms Willott says Lib Dem peers are working on the “issues to be ironed out” in the bill.

Terminally-ill people with less than six months to live will not be affected by the changes.

Have you been affected by any of the issues raised in this story? Send us you comments and experiences using the form on the link below –