The publication of the Office 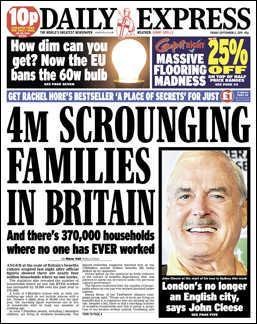 Though the figures were covered in a range of papers, the coverage in both the Daily Express and Daily Star referring to four million “scrounging families” prompted several Full Fact readers to ask us to check out the numbers.

So what do the stats show?

A workless household is one in which at least one resident is aged between 16-64 and is not currently in employment. The term ‘household’ refers to a single person or a group of people living at the same address who live together. This is not necessarily, as some papers seem to suggest, the same as a ‘family’.

The ONS splits workless households into three types, unemployed, inactive and mixed. As the name suggests, unemployed houses have more than one 16-64 year old currently looking for work.

Of inactive households 34 per cent are inactive as a result of long term sickness or disability. Furthermore, 24 per cent of this group is retired. Added is the fact that a proportion of these workless houses are likely to be students, although the ONS does not provide information on this.

Given these breakdown it would be misleading to give a blanket description of all these families as “scrounging” – as Full Fact haspreviously argued.

Indeed with regard to those who are workless as a result of long term sickness or disability, A recent Work and Pensions Select Committeereport called such language “irresponsible and inaccurate.” 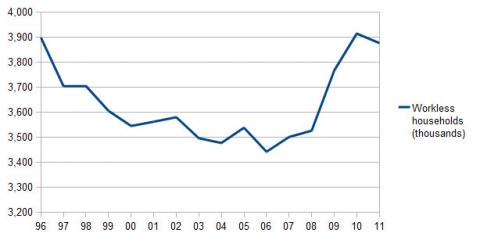 Although there has been a slight dip in the number of workless households, this has been overshadowed in some of the newspapers by the rise in households in which no one has ever worked. The increase of around 18,000 households in the last year falling in this category seems to be part of an on going trend.

Whilst still a significant increase, many of the newspapers covering the story failed to emphasis the fact that these figures include student households. Excluding students brings the number down to 297,000. 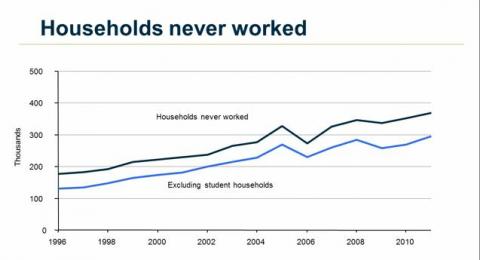 So while the figures used in the reports are for the most part accurate, it is the language and the way they are presented that loses some of the nuance in the picture.

For further information on the report the ONS provides an interesting and highly informative video podcast giving a clear explanation of the findings.

4 thoughts on “Four million ‘scrounger’ families? A look at those worklessness statistics”