Yesterday we reported how in research published on Monday,  the Department for Work and Pensions (DWP) finally acknowledged that one of the key figures it has been using to make the case for cuts to disability living allowance gives ‘a distorted picture’ .

The blogger and regular Left Foot Forward commenter Mason Dixon, Autistic (MDA) has pointed out that if this informati 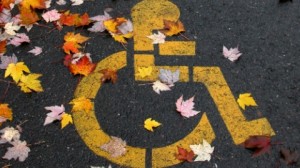 on had been released when it was signed off, back in May, it would have been released while MPs were debating the welfare reform bill which has now left the House of Commons.

These raise some questions about  DWP’s handling of evidence on benefit receipt and how it communicates this evidence to stakeholders, including MPs.

This is what MDA said in the comments to yesterday’s article:

“Can I just point out that the report itself was published on Monday, but inside it is dated as July on the front page of the PDF and then later the author signs off the date as May 2011.

“This report has been delayed for nearly three months. May is when it was going through its second reading in the Commons, July is when the government made a failed attempt to hurry it through the Second Reading in the Lords but it got delayed until September.

“So this has been released right in the middle of a very good time to bury bad news.”

We have checked the DWP’s series of ‘ad hoc analyses’, to which the research released on Monday belongs. Most of these reports have what seems to be a sign off date (by a named civil servant) and a publication date, as well as a date of publication on the DWP’s website.

Given how many thousands of people are to be affected by the disability reform bill, holding this analysis back while parliamentarians debated the bill seems, on the surface, seriously irresponsible. Left Foot Forward has put these questions to the DWP, and will report back on the answers if and when they appear:

1)      Why was there such a long gap between sign off and publication of this particular piece of analysis? Was there some additional level of civil service clearance required before this analysis could be published, compared to other ad hoc analyses, and if so at what level? Who cleared the report for publication, and when? Who decided on the date the analysis was to be released?

2) Who commissioned the report? Was it commissioned at the request of the Secretary of State’s or other ministerial private office?

3) How did it come about that such basic analysis of the drivers of DLA growth was only carried out after the government had set out its proposals for radical changes to DLA?

4) What steps did the DWP take to communicate the findings of this analysis to parliamentarians in the course of the Commons debates on the Welfare Reform Bill?